Chrome
Contact us on:
PROFILE
Search Specialists
Select specialist
close
Thank you! Your submission has been received!
Oops! Something went wrong while submitting the form. 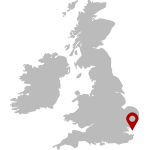 Harwich may be one of the UK’s smallest cruise ports but it still has great travel connections (the train station is right next door) and is an important option for people living in East Anglia and the South-East. Direct trains from London Liverpool Street also mean it’s an easy option for travellers coming from the capital.

Originally built as rail ferry port, it previously played an important role in carrying passengers and mail to The Netherlands and now sees a high volume of cargo. As one of the country’s most important deep-water harbours, it is perfectly set-up to accept cruise ships. As part of its many regional departures, Cruise and Maritime Voyages regularly offers cruises from Harwich.

BEST FOR...
This is some text inside of a div block.